Controls on Carbon Gas Fluxes From a Temperate Forest 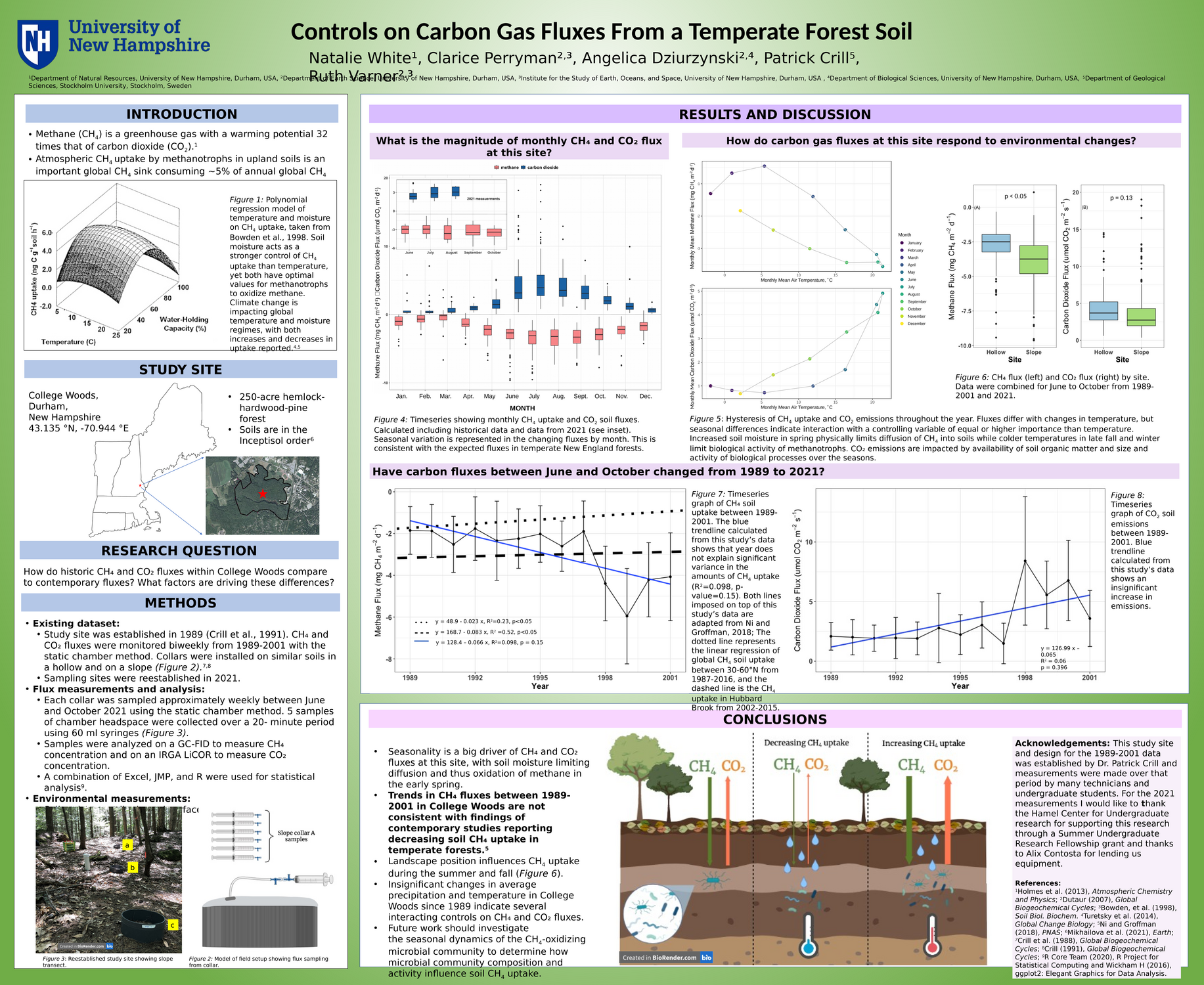 Forest soils consume atmospheric methane (CH4) serving as a major global CH4 sink that uptake an estimated 22 ± 12 Tg CH4 per year. Temperature and soil moisture have been identified as controls on the production and consumption of CH4 in forest soils. Climate-driven warming and changing moisture regimes may impact forest soils’ role in the carbon cycle, and recent works suggests that forests could become weaker CH₄ sinks. Long-term monitoring sites can capture these changes over decades, leading to better predictions of CH4 exchange between the atmosphere and soils in the future with an uncertain climate. This study utilizes a long-term trace gas dataset from a forest site to track both methane (CH4) and carbon dioxide (CO2) fluxes throughout the period between 1989 and 2021. Monitoring of the forest site, located within College Woods in Durham, NH, USA began in 1989. Between 1989 and 2001 the collars were monitored approximately every two weeks. In June 2021 the site was re-established, and we collected weekly flux measurements at three collars on a hillslope and three collars in a hollow. Flux measurements collected June through October 2021 in College Woods indicated that average CH4 uptake in these soils across the six collars was 3.27 ± 1.16 mg m-² d-1. This is consistent with the 3.35 ± 1.68 mg m-² d-1 uptake rate observed June-October 1989-2001. Average CO₂ emissions between June and August 2021 were 2.86 ± 0.91 umol m-² s-1, also consistent with the 3.96 ± 2.36 umol m-² s-1 average for 1989-2001.