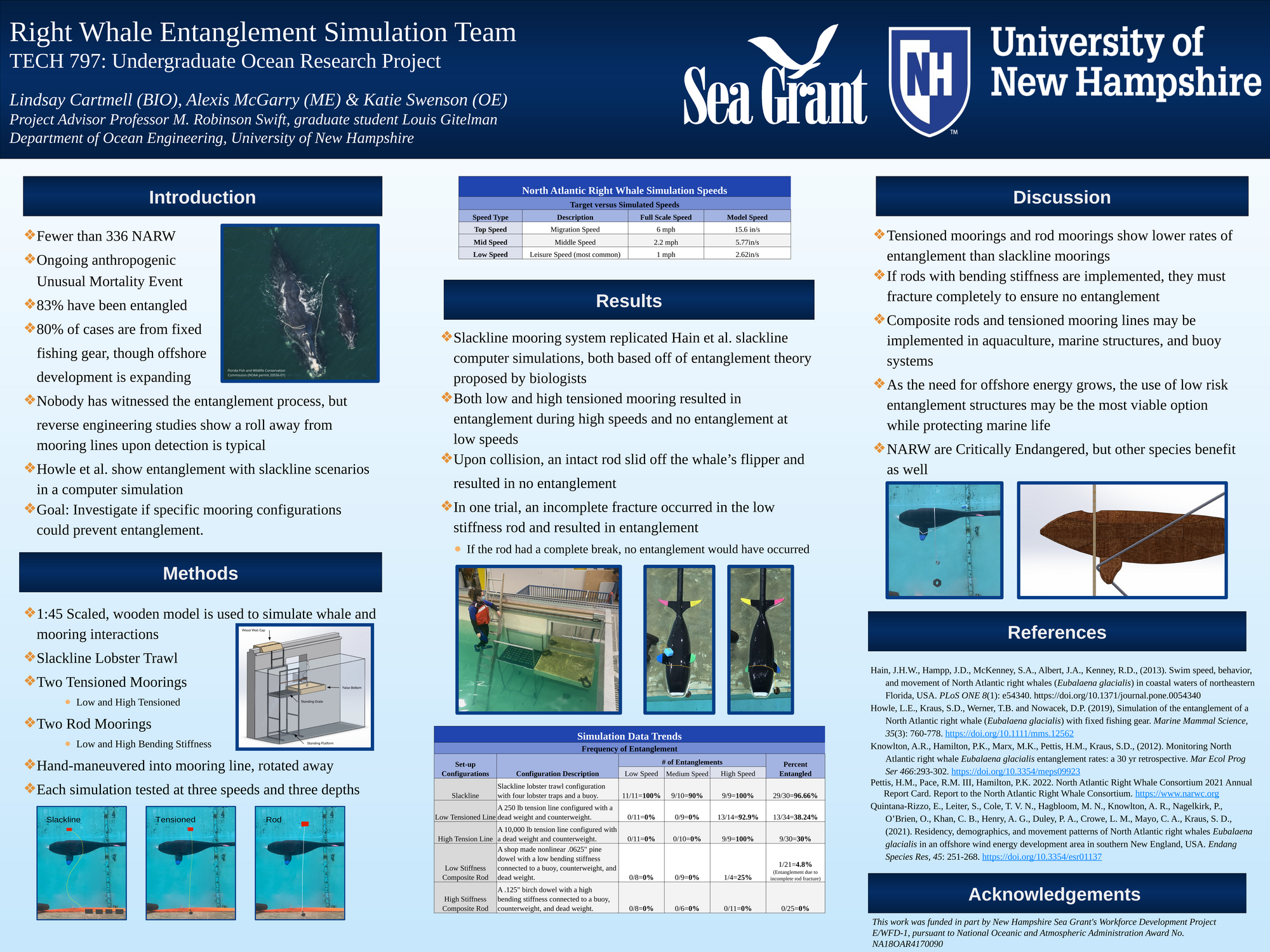 In 2017, an unusual mortality event was officially declared for several marine species, including the North Atlantic right whale (NARW). The NARW population was already critically low, and continues to struggle primarily due to anthropogenic factors. The most significant causes are vessel strikes and entanglement, the latter of which being the focus of this ocean engineering capstone project (NOAA, https://www.fisheries.noaa.gov/species/north-atlantic-right-whale). The objective was to demonstrate the hypothesized entanglement process and investigate how varying mooring systems impact entanglement rates. A 1:45 scaled physical model was used to investigate the dynamics between a NARW and a slackline, two tensioned lines with varying tensions, and two rods with varying bending stiffness. The slackline mooring system resulted in a 96.66% entanglement rate. While the tensioned mooring systems averaged an entanglement rate of 34.12%, the majority of the entanglements occurred at high speeds. The rod mooring systems produced an average entanglement rate of 0% with one entanglement resulting from an incomplete fracture of the rod. Similar rods with bending stiffness may be implemented into future mooring systems. In the event of a complete rod fracture, entanglement will not occur. This may be a solution for moving forward with offshore aquaculture and renewable energy projects without the continued jeopardization of marine life, including the Critically Endangered NARW.