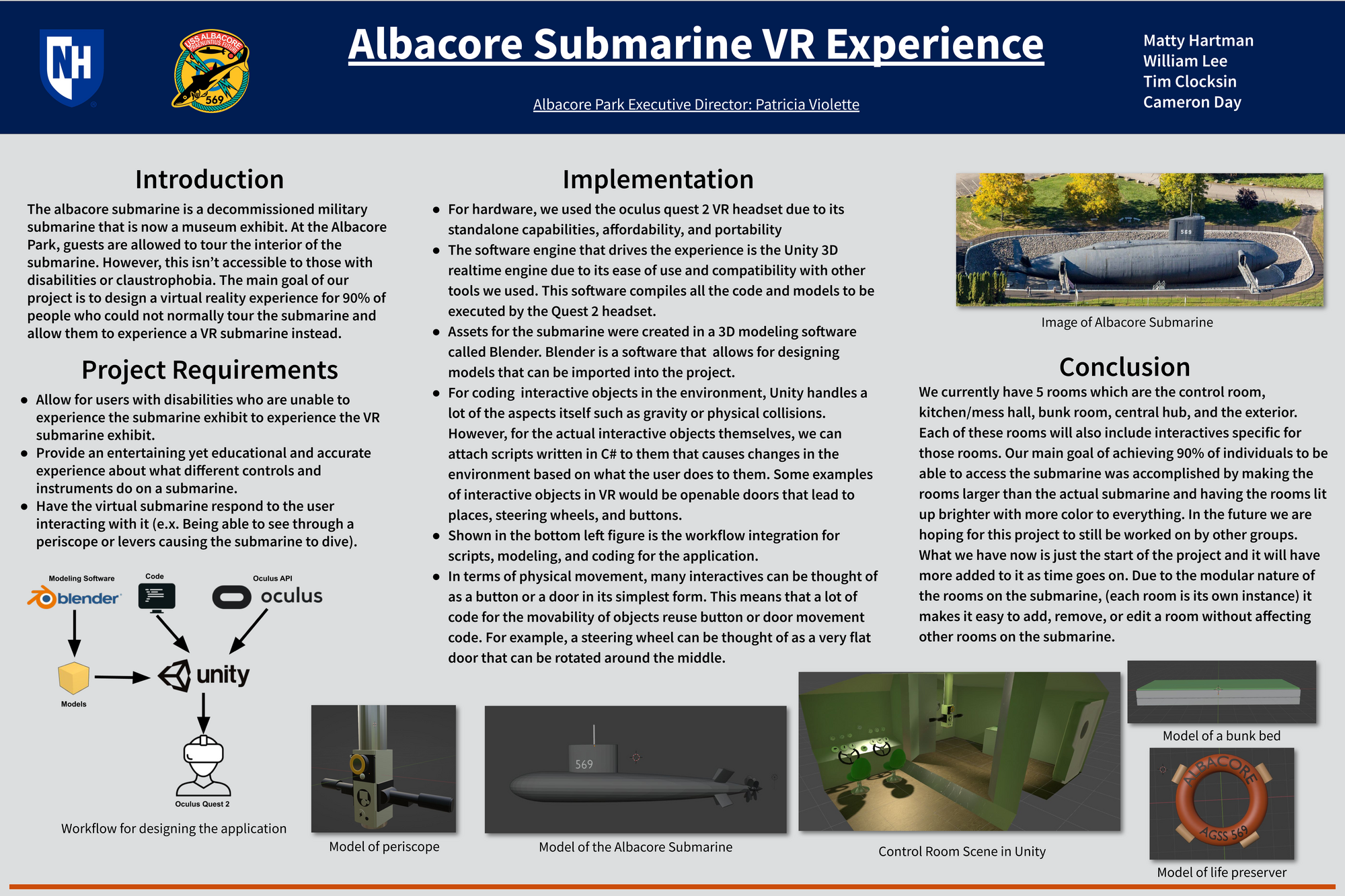 The albacore submarine is a decommissioned military submarine that was in service from 1953 to 1972 and has since been converted into a museum exhibit. The goal of this project is to create a virtual reality tour of a submarine using an Oculus Quest 2 VR headset. The project is targeted to users who would not be able to tour the submarine, due to restrictions such as disabilities or other reasons. This will eventually become an attraction at the museum with specific stations for using the VR equipment. The virtual reality experience is being built in unity, an engine designed for creating video game experiences with the scripting done in C#. This allows for the creation of a 3D environment that can simulate the look of a submarine while also simulating the functionality of the submarine in a virtual space. There are motion control capabilities and interactable objects in the environment so that users can interact with objects in a room such as a switch. Creating a virtual experience also requires creating assets. In the submarine, there are lots of details that would be accounted for such as machinery, instruments on the submarine, and the layout of the submarine itself. Assets for the submarine can be created in a 3D modeling software called Blender, which allows for designing models that can be imported into the project. Examples of these models might be a gauge, a buoy, or a replica of the submarine exterior.